Algeth'ar Academy is a dungeon in Dragonflight. 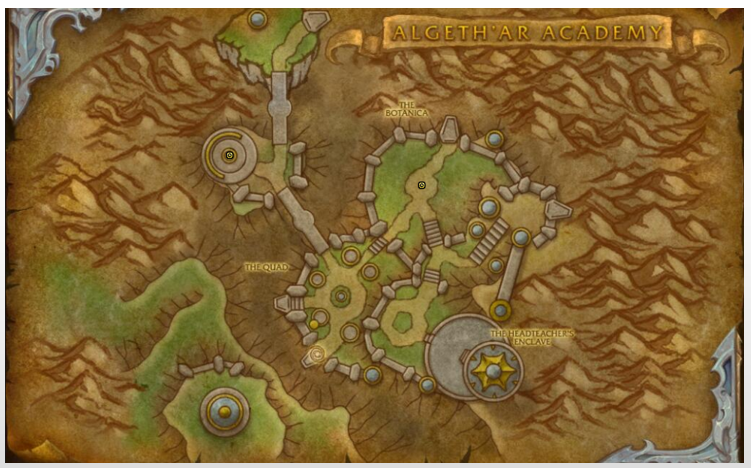 Long ago, the great Algeth’ar Academy was a place of higher learning for all dragons. Though it fell dormant with the rest of the Isles, it has reopened and is back under the guidance of Headteacher Doragosa. In a series of exciting, new changes, the Academy is currently seeking new students from all walks of life, not just dragons, as well as volunteers, to help get it back to the bustling halls of education it once was. Those who walk the Academy grounds are sure to learn something new.