Arcane Torrent is a blood elf racial ability. Remove 1 beneficial effect from all enemies within 8 yards and restore 3% of your Mana.

All Blood Elves have two formidable racial spells – Mana Tap, which siphons Mana from a foe, and Arcane Torrent, a devastating area-of-effect silence that prevents enemy spells being cast for a short duration. 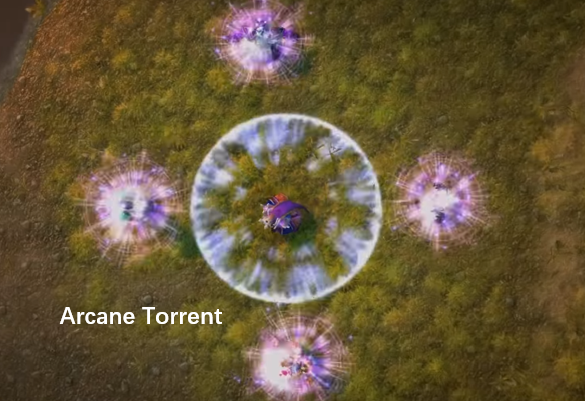 Blood elves use Arcane Torrent to control their thirst for magic, by allowing them to control and release what they absorb as a torrent of arcane energy. Failure to do so would ultimately result in their becoming one of the Wretched.