How to get to The Forbidden Reach – WoW Dragonflight 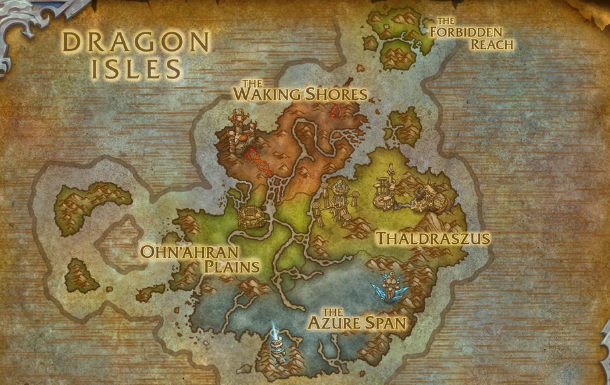 The Forbidden Reach is an island located off the coast of the Dragon Isles. It was fashioned by Neltharion the Earth-Warder to serve as a training ground for his ultimate soldiers, the dracthyr. But in the aftermath of a terrible battle, the island has lain dormant and abandoned for ages until the return of an ancient enemy causes the dracthyr to stir.

The zone is the starting zone of the new playable race-hero class combo dracthyr evoker starting at level 58.

When a player visits the Forbidden Reach outside the dracthyr starting experience getting to it from the mainland Dragon Isles a player can’t mount the Dragonriding mount and is constantly attacked by lightning until they die.

The Forbidden Reach was once fashioned by Neltharion the Earth-Warder himself to be the secret training grounds of the black dragonflight and of its would-be ultimate soldiers. The Reach has since descended into a broken and deserted landscape, lost to the ravages of time. Those few dragons who remember the island know that it is taboo to visit, a place where something dreadful fell. Those who have braved the shores found little of consequence in this cauldron-like caldera apart from a shattered landscape and nature-claimed ruins half buried by magma. Deep beneath the surface, vast underground chambers contain legions of dracthyr, resting in magical stasis for thousands of years.