Take your Mythic+ skills to the next level. Chains of Domination introduces a way for players to clearly gauge their success and preparation to take on the challenges found in Mythic+ dungeons.

Keying Up To Bigger Challenges

With the content update players can take charge of their own progress and see how well they’re performing in Mythic+ dungeons by viewing their personal Mythic+ rating within the Group Finder(I) UI under the Mythic+ Dungeons tab.

Hovering your mouse pointer over the center Dungeon rating will bring up a tooltip that explains more about your rating and how you can improve it. 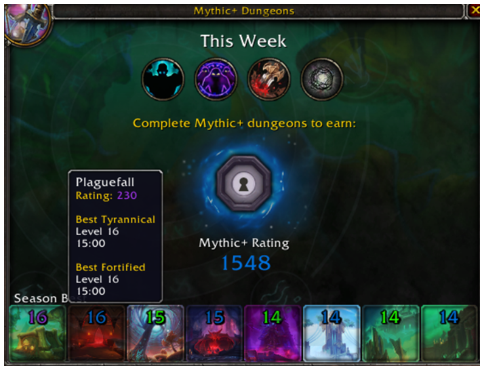 Your Rating increases each time you run a dungeon you haven’t completed before or when you beat your own best time in a dungeon you have already completed. Completing a key provides a rating based on three factors—the level of the key, the Affixes in the key, and the run’s time compared to the dungeon’s timer. With each Season, Mythic+ ratings are reset in the display.

Hovering over each dungeon will display the rating for that dungeon and your best time for both Fortified and Tyrannical.

Visibility is key in finding the right group for players looking for a group and for those creating a group as a group leader. When searching through Premade Groups in the Dungeon Finder, players will be able to view the group leader’s Mythic+ Rating for the dungeon before deciding if they want to apply to join. 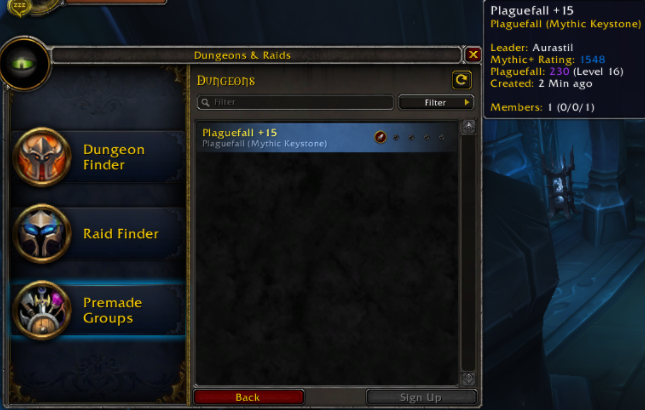 Group leaders will be able to view all the incoming applicant’s Mythic+ Rating and their dungeon specific rating before accepting them into the group. 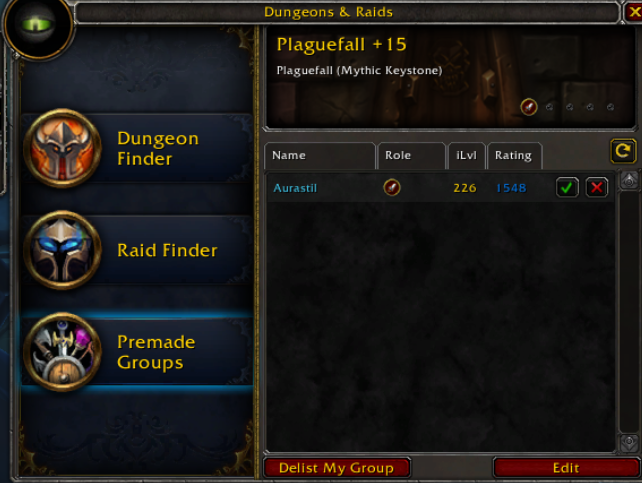 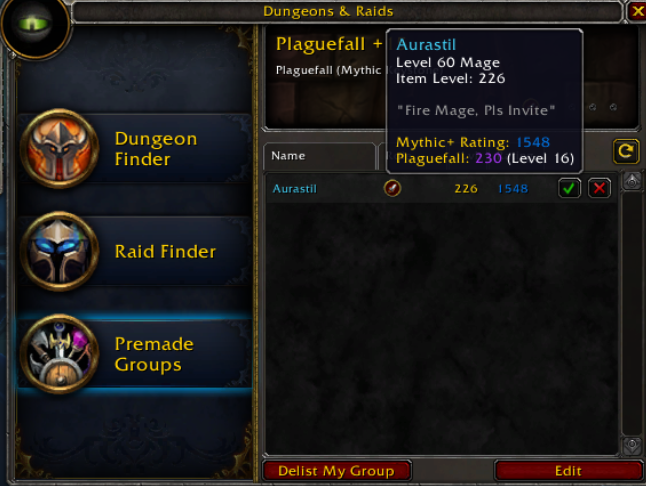 Completing a dungeon once shows that you’ve learned the ropes and earns you a large boost to your overall Mythic+ Rating immediately. For the masters of keystones, running each dungeon on both Tyrannical and Fortified will maximize your Mythic+ Rating as you work your way through the system.

When players beat the timer, they’ll see a notification that shows the amount their Keystone has been upgraded and the reward they’ve earned such as an increase to their Mythic+ Rating.

As an additional bonus to the group, if anyone in the group improves their rating on a run, everyone will earn bonus Valor Points, so don’t be shy about helping others get a leg up while helping boost your own rating too! 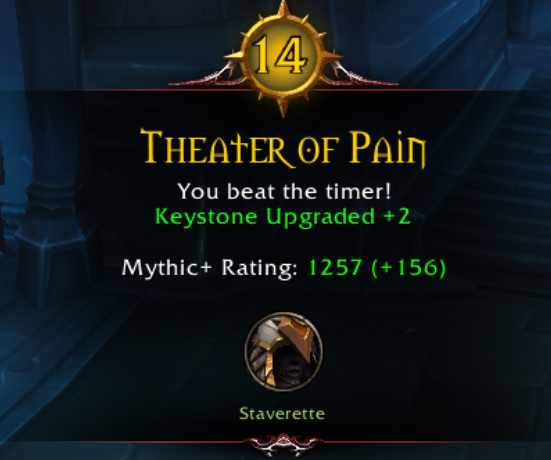 With this new scoring system in place, there are no limits on how far you can go in Mythic+ dungeons.