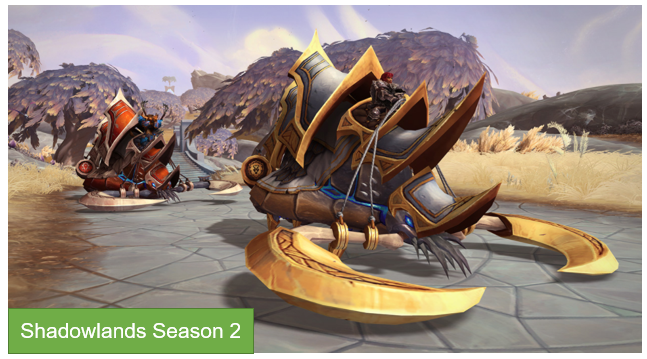 The new seasonal Mythic+ dungeon affix is Tormented: Servants of the Jailer can be found throughout the dungeon and grant powerful boons when defeated. If a servant is not dealt with, they empower the final boss. New seasonal rewards for Mythic+ include a new title: the Tormented and a new coloration of the Mythic+ Deathwalker mount.