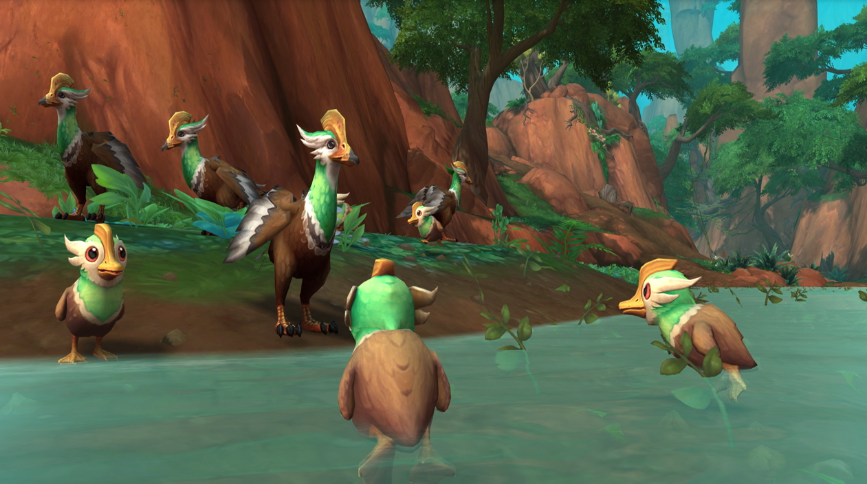 Note: There’s another surprise to find here as well: ducks! At long last, you’ll get to observe them in their natural habitat as they take flight in the very skies where the greatest of creatures are bound to soar.

Ducks are aquatic birds native to the Dragon Isles. They are perhaps the most mysterious creatures in the Isles, as no one knows where they come from or what they're planning. They are elusive and have erratic, difficult-to-track migratory patterns, leading some explorers to incorrectly believe that they didn't exist.