Evokers are a mail-wearing hero class introduced by Dragonflight, available only to the dracthyr race.

The evoker class is a caster class who has two specializations, Devastation and Preservation. Using the quick and explosive power of the red dragonflight, and the focused and overwhelming magic of the blue dragonflight, the Devastation evoker can shoot at enemies from a distance using their long-range spells. Created by Neltharion to wield the power of all five of the dragonflights, it is astounding to see coalescing energy when an evoker uses their powers. Preservation serves as a healing specialization. Using the abilities of the bronze dragonflight, they can manipulate time to help heal wounds faster, aided by the nurturing power of the green dragonflight.

Starting at level 58, dracthyr evokers will explore their own starting zone, separate from the rest of the races and classes of Azeroth, the Forbidden Reach. Before stepping foot on new uncharted land, players will be able to pick their faction – Horde or Alliance – on the character creation screen, similar to the Pandaren.

Dragonflight is required to play the evoker class, and players are limited to one evoker per realm. A player’s first evoker can be created without additional restrictions, but creating another evoker character will require a pre-existing level 50 character on their realm of choice.

Evokers use a new spell type called Empower. By holding down a button, the player can charge up a spell. The longer the spell is charged up, the more damage it puts out or the more targets it hits. An Empowered ability stays at max charge up to three seconds, after which it fires of automatically.

Evokers will be playable with patch 10.0 a few weeks before the expansion, similar to demon hunters in the Legion expansion. 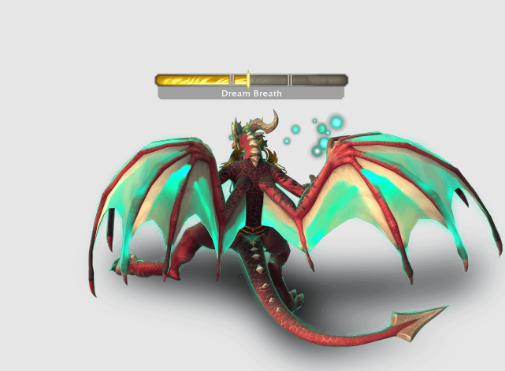 Every dracthyr is an expert soldier. Whatever weyrn they serve, they use their talents to defend dragonkind in obedience to the Earth-Warder. Yet even among such illustrious ranks, there are a select few who transcend the skills of their kin. Who are able to master the specialties of all weyrns and shift between roles at will. These are the evokers. The best of the best, finest of the finest.

These elite forces possess the rare potential to focus their essences into an instrument of preservation or a weapon of devastation. The journey to such mastery is long, and few dracthyr can see this path through. But those who learn to harness their full potential shall be honored with the title of evoker.

The evokers were created as an alternative to the pre-existing classes. Upon the creation of the dracthyr, developers felt as if the original classes did not encompass the idea of the dracthyr that they wanted; and so, to create a work around this issue, a unique class was made to represent the wonders of the dragonflights. 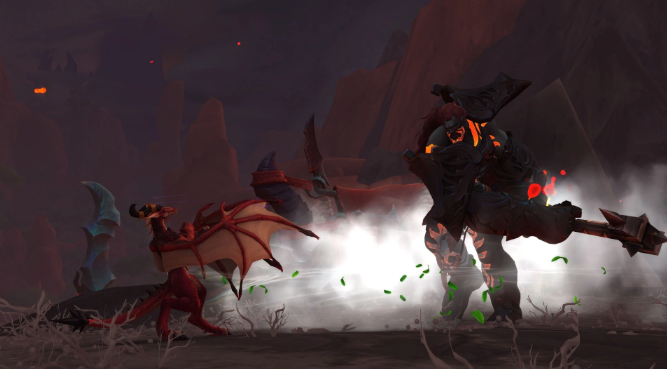